Back to all posts

Buenos Aires Milongas: Dance Till You Drop or On the Difficulties of Having to Choose

You know you're in Buenos Aires when you need an app simply to give you the list of all milongas. Every day I opened the app to see dozens of milongas listed. On average, there are about 30 a day, and it was almost Christmas, mind you, so many Argentinians were already gone and some milongas closed. The choice is overwhelming, and while I know that some are better than others, it is still hard to choose. Many people (including me) end up going from one to another in one night. Some are starting at evening practicas, then first night milongas to see a show or live music for example, and finishing at late night milongas that go till morning. I have never gone to more than two events in a night, but I know some people have managed 4(!!!) in one night.

This abundancy comes with a price: it is tiring, and while milongas are very cheap compared to Europe (and certainly compared to London), it still adds up (including taxis to get from one to another).

But nevertheless, it's an incredible opportunity to discover and experience different things and, of course, to dance literary till you drop. My schedule was so intense during my time in Buenos Aires that I needed whole two days of being in bed to recover! It hasn't been easy: the moment I got up at 11-12am, I immediately rushed to my first private class, then another, then practice sessions, then milongas till 6 am. All this and getting around took so much energy that I didn't even have time to eat!

Milongas are many and for any tastes. Any time, anywhere

Energetic, patry-style milongas? Classy, well-lit high society ones? Underground hippy ones where you can dance in flip-flops and smoke weed? Full of older milongueros? Younger crowd? With live music? Performance? With class, no class? Full of foreigners or locals? In salons or in bars? Early-night, late-night? Traditional or queer? Inside or outdoors? Yep, all of these, all in one night, many of them. The choice is overwhelming.

I often went to milongas already feeling very satisfied and filled with tango, after all the hours of studying and practicing. In all honesty, I often felt I didn't even need to dance more, and it all turned to my advantage. It meant I came with lower or no expectations of dancing amaaaazing and endless tandas. Which in return meant I was interested in just observing more, taking it all in, and being more open to dancing with a wider variety of people.

I have often see people go to Buenos Aires for the “experience of a lifetime” which of course means highest expectations. They then come to milongas looking forward to dancing non-stop with the most amazing dancers this world has ever produced. And oftentimes, they leave disappointed. A few of my own friends complained that Buenos Aires was “not that great after all” and some even vowed to not go again.

When you go to your local milonga, or a local milonga in another country, what do you expect? Endless bliss and non-stop dancing right away, with beautiful strangers lining up to dance with you immediately? Most likely, unless you're completely new to tango, you know that it will take some time. People watch, people talk to each other, and usually you will need to spend a few hours in a new milonga to start really dancing. Often people also want to dance with their friends and favourites before they even start looking at others! And that means, you have to be patient. And friendly. And keep your eyes open.

So what happens when dancers travel to Buenos Aires?

Where does this expectation of the best of the best, immediately, come from? Like in any milonga of the world, any community, we all need to spend a little time, get to know a few people (which means being friendly and open!) and be patient before we start dancing the best tandas!

My milongas and how I made the best out of them

My first milonga was La Parrilla (Mondays, high level, a place where the “young, the beautiful and the popular” gather) to which I arrived jet-lagged and tired, actually initially wanting to just go to bed and sleep. I danced some tandas there, some with people I knew, some with locals, and I left reasonably early. But mainly, I was seen. Maybe not in my best condition, but nevertheless (some) people noticed there was yet another new good follower in town. Like, it was big news.

And I went out almost every day. The next day I was seen at El Cachirulo, the most traditional milonga where men and women sit separately and dance floor is so packed you end up doing micro-steps and change of weight most of the time. Obviously, being a foreigner and a new one in town, I was sat further at the back, which nevertheless didn't prevent me from dancing the whole night. It was actually one of my best nights! What I did was to accept invitations from a few older and well-respected locals. Boom. It worked like magic for me. For many people of Buenos Aires, dancing with an older tanguero/tanguera is a badge of honour. People pay attention to it. And I do have to say, I loved those dances. Some of them I still remember, because yes, the embrace and the way it felt was something very different. Technically it wasn't perfect but what does it matter if I felt like a woman embraced gently and caringly by a man who knew how to embrace, who knew how to value the moment, and who knew eeeeverything about the music we danced to? When the floor is packed like that, all that we have and able to do is embrace and know the music. And in that case, your embrace better be amazing and your musicality better be wow!

And then, came Salon Canning and La Viruta afterparties till morning. That's the place where you can show off a little more, use a little more space and be more free. Nevertheless, in all my dancing in Buenos Aires, I rarely remember much showing off. Some people do, but what they often get as a result is the well-respected local milongueros disapprovingly shaking their heads. Social tango is about internal feeling within the couple, the respect and the connection, not just looking good and/or wild to the outside.

Many professionals and show dancers come to local milongas and you surely don't see them doing all kind of showing off. Sometimes, you don't ever realise that a couple dancing peacefully in a small space in front of you are the well-known escenario beauties. Embrace, musicality, connection and respect of the dance floor is the main theme everywhere, for everyone.

Of course there are some black sheep

I had three bad tandas in my whole time there. First one was with a foreigner who really didn't know how to embrace, second with a local who had no idea how to navigate the floor and the third with a professional who practically bloke my back with his hard embrace. I have seen foreigners and locals do some gaga stuff, some people go against the ronda flow, some people attempted show movements in social dancing. When you think about Buenos Aires, don't think it's all perfect and only amazing there. It's not. It's people of all ages, all levels, all ambitions and all abilities. But what makes it stand out is the huge amount of tango, so you can absolutely find something for yourself!

What were the surprising things?

1. First of all, the biggest surprise was that in my time there I have heard a total of 6 tandas of milongas (in Pipi Cucu and La Viruta) and two vals tandas. When I heard the sound of vals at La Viruta on one of my last nights there, I couldn't believe my ears! And a friend remarked, “If you want to dance a vals you better grab someone now because we might not hear another vals for a couple of weeks now!”

2. Cabeceo is not practiced as much and as religiously as we think. However, it is still by far the most preferred way to invite!

3. You can really enjoy very simple things like good embrace MORE than amazing creativity. Yes, it was a surprise for me that I didn't get tired of simply embracing. At one point I was dancing with a European dancer who had a vast vocabulary and great skills and theoretically I should have been entertained beyond belief. Well, mid-tanda I noticed I wasn't enjoying it as much. I wanted more. I wanted a beautiful embrace more than creative and complex dancing. I wanted to feel like a gentle woman again, not an exercise partner. It was a revelation that the simplest (and the hardest) of things like good embrace never gets “not enough”. We in Europe are really conditioned to believe it's not enough. But really, it is.

The culture of tango or “rush to dance”

And yet, locals don't go to milongas to dance. They go there because it's their social environment, it's where they meet their friends, where they enjoy being. They often eat in milongas together and definitely drink together, and then they might dance a few tandas, as a continuation of socializing. There is no rush, no stress about dancing. And I really like that.

I do understand that this “peace of mind” might come from the fact that there is always enough tango, so if not today then tomorrow. We here in Europe don't have that. If we have 1-2 good milongas a week, it's a success. I understand that when you have limited resources, you try to make the most of them.

But I also think we can try to approach tango from a different point of view. If we really, really direct our tango towards connection to other people, it might just give us a bit less frustration and a bit more satisfaction even if we don't dance as much. I will write more about it in a separate article, but I do believe that really embracing, really listening to each other and really opening up our human sides to our partners might just be the way to enjoy more. Less movement and less “I didn't dance enough”, but more “I danced a few tandas, but they were magical.

I think, that is something we can and should definitely learn from the Argentinians.

With love for tango,

How to improve your tango FAST

Looking for a PERFECT partner #2

Your best tango will happen when you connect the basic “three”

On tango happiness and belonging, or why and how to connect

Are you sometimes wondering if you should continue dancing tango? Read this.

Buenos Aires Milongas: Dance Till You Drop or On the Difficulties of Having to Choose 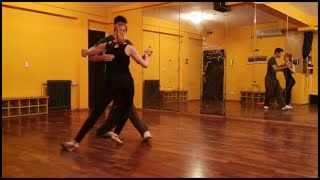 In Search of New Inspirations

The Most Powerful Thing in All of Tango 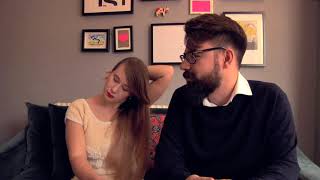 Let's Make it Personal - Interview with Maja and Marko

Back to all posts